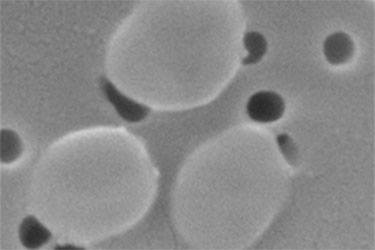 In July 2016, the California State Water Board proposed a drinking water maximum contaminant level (MCL) of 5 parts per trillion (ppt) for the human carcinogen 1,2,3-trichloropropane (TCP). The 5 ppt target is notable as being 1,000-fold lower than the Federal MCL for TCE (5 ppb). TCP has been long used as a chemical feedstock, historically as a solvent and was found in soil fumigants used in plant pest control. Perhaps it is not surprising then, that TCP exceeded the proposed 5 ppt MCL in 471 wells in California’s agricultural heartland, the Central Valley, between 2001-2015. TCP is highly mobile in groundwater, forming long dilute plumes, making ex situ remediation options, such as activated carbon or advanced oxidation, expensive and impractical. TCP is clearly an emerging contaminant to be reckoned with! So, what about bioremediation as a cost-effective TCP remediation solution?

TCP Degrading Microbes Have Been Discovered

A breakthrough occurred late last decade in the lab of Dr. William Moe at Louisiana State University (LSU), with the discovery of a novel bug called Dehalogenimonas (Dhg). The small bacterium was found in groundwater from a Superfund site near Baton Rouge. Dhg has similarities to its famous relative Dehalococcoides, but demonstrates unique dechlorination activities, including TCP degradation. In 2014, a KB-1® Plus culture was determined to contain a Dhg strain and its ability to degrade TCP was confirmed. The culture was now a candidate for bioaugmentation of TCP sites.

Bioaugmentation for TCP Remediation in the Field

A research collaboration between SiREM and Geosyntec Consultants has focused on improving our understanding of the KB-1® Plus culture for TCP bioremediation. A major question was, could the culture be used under the low concentrations found at many TCP sites? The study indicated that TCP dechlorination and Dhg growth occurred over a wide range of TCP concentrations (10 -10,000 parts per billion). Furthermore, KB-1® Plus performed well in a bench-scale study, for a former agricultural chemical facility in California, while TCP concentrations remained elevated in non-bioaugmented microcosms. Based on promising microcosm results, the first field test of KB-1® Plus for TCP remediation was performed at the California site in 2016. Initial field results are promising.

“The use of KB-1® Plus to reduce TCP in situ, particularly at low initial concentrations, is an exciting advancement to tackle this emerging groundwater issue”. Melissa Schmitt

Substantial decreases in TCP concentrations, the degradation product propene, and increased Dhg abundance (Gene-Trac® Dhg) were all observed within 6 months. In one monitoring-well, TCP concentrations decreased from 38,000 to 220 ppt, in another from 1,200 to 1.4 ppt; below the California proposed MCL, suggesting bioremediation has the potential to meet the State’s stringent TCP regulatory goals.

Melisa Schmitt (Geosyntec Consultants) who has been active in the research program for the TCP culture sees the value in bioaugmentation. The use of KB-1® Plus to reduce TCP in situ, particularly at low initial concentrations (<50,000 ppt), is an exciting advancement to tackle this emerging groundwater issue”.

With growing regulatory attention on TCP the ability to cost effectively remediate these sites will become increasingly important. The future of Dhg in helping deal with this emerging contaminant appears bright.