SiREM’s webinar series features guest speakers who are subject matter experts to provide the latest information on technology advances in environmental remediation and site characterization. The webinars will combine recent research and development activities for new and emerging contaminants and technologies with real world applications to characterize and remediate contaminated sites.

Catalytic DNA and Nanoparticles for Environmental Sensing and Remediation

Metal ions are important analytes for environmental monitoring. DNAzymes are DNA-based catalysts, and my lab uses DNAzymes for metal sensing. In vitro selection was used to isolate specific DNAzyme sequences from a large random DNA library containing 1015 DNA sequences. After a few rounds of selection, the library was enriched with active sequences that can cleave its substrate in the presence of target metal ions. Our work started with a series of new lanthanide-dependent DNAzymes. A phosphorothioate (PS) modification refers to the substitution of one of the non-bridging phosphate oxygen atoms in nucleic acids by sulphur. We also developed PS-modified DNAzymes for recruiting thiophilic metals such as Cd2+ and Cu2+. Finally, we obtained Na+– and Ca2+-specific DNAzymes. Most of these DNAzymes were made into fluorescent biosensors for metal ions down to low parts-per-billion concentrations. Similar methods can also be used to obtain DNA-based sensors for the detection of small molecules, proteins and even cells. I will also present work on using nanoparticles as sensors for detecting non-metal targets including hydrogen peroxide, arsenate and fluoride, and for the degradation of organic molecules in water.

Juewen Liu
Prof. Juewen Liu received his Ph.D. degree from the University of Illinois at Urbana-Champaign in 2005. After postdoctoral research at Sandia National Labs and the University of New Mexico, he joined the Department of Chemistry at the University of Waterloo in 2009. He is currently a full professor there and holds a University Research Chair position. He received a Fred Beamish Award (2014) and a W.A.E. McBryde Medal (2018) from the Canadian Society for Chemistry for his contribution in bioanalytical chemistry, and an Ontario Early Researcher Award in 2011. He was elected to be a College member of the Royal Society of Canada (RSC) in 2019. He serves as one of the six Section Editors for the journal Biosensors & Bioelectronics (impact factor 9.5 ranked #1 in all analytical chemistry journals), and is a Contributing Editor for Trends in Analytical Chemistry (TrAC). He is on the editorial advisory board of Langmuir. He is interested in metal-dependent DNAzymes, biointerface science, and nanozymes. Since 2002, he has published over 300 papers, receiving over 22,000 citations with an H-index of 72. He is also a co-inventor of 15 patents. 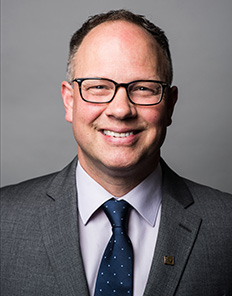 Phil Dennis
Phil is a Principal Molecular Biologist at SiREM with more than 15 years of experience focused environmental microbiology, molecular genetic testing, enhanced bioremediation and technology commercialization. He currently directs the molecular testing services, next generation sequencing and is the innovation lead for SiREM’s research and development program. He has also played a leading role in developing relationships with many universities and serves on the Board for University of Waterloo Center for Microbial Research.